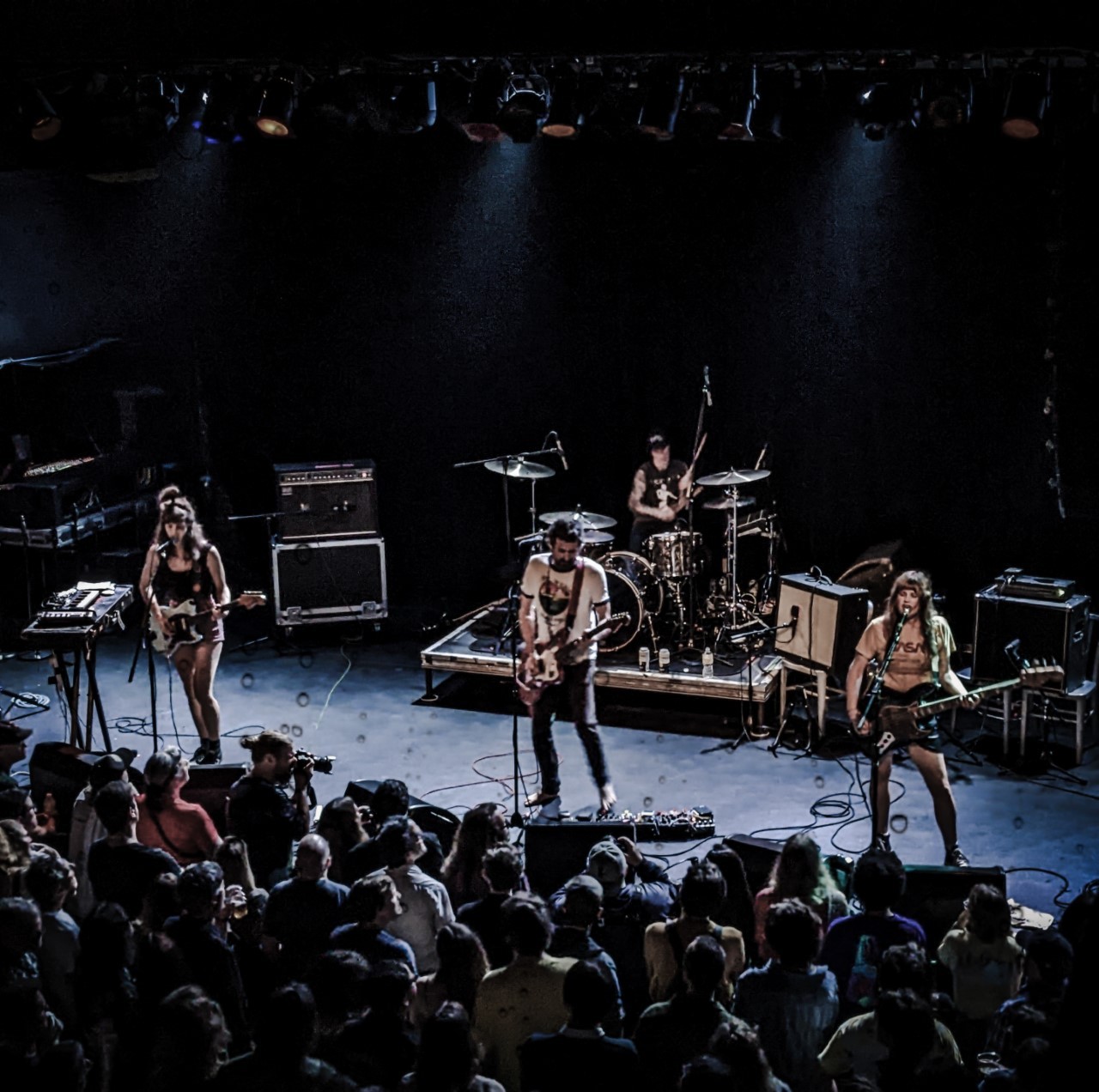 Tropical Fuck Storm played a decidedly came-saw-conquered set to a full house at Music Hall of Williamburg on Saturday night, haphazardly smearing classic rock and roll influences together at full, room-shaking volume. Declaring, “It’s been a hot minute” since they were last in New York City, the Australian quartet opened with the title track off their 2019 release, Braindrops. Two guitars, bass and drums converged from four different directions, vocalist Gareth Liddiard almost speaking or shouting the lyrics as the rest of the band bounded among styles with reckless abandon, resulting in a restless dance groove and a raging punk rock lying perfectly on top of each other. “Braindrops” weaved and feinted, sounding like three songs in one, the B-52’s crossed with Frank Zappa.

The rest of the set leaned heavily on material from 2018’s A Laughing Death in Meatspace, the band shredding recognizable influences into mush along the way. “Chameleon Paint” was a pounding, guttural howl of drums and synth, the most unfazed members of the audience having trouble ignoring the tides of energy passing from the stage, through the already formed mosh pit and straight to the corners of the room. “Antimatter Animals” had vocals from Liddiard, Erica Dunn and Fiona Kitschin weaving in a style reminiscent of the Beastie Boys while one guitar went high, the other low, the final chorus of “No one sees the window they are waving through / It’s very, very simple / Your politics ain’t nothing but a fond fuck you” resonating in the audience —  both literally and figuratively.

The band went full Crazy Horse mayhem for “You Let My Tyres Down” and chaotic fever dream for “Rubber Bullies.” The set ended with “Two Afternoons,” which Liddiard described as being about going on holiday in Greece but revealed itself to be the most unsettling bit of sound of the night, at one point bringing the entire audience to full silence before finishing in a nightmare of full-tilt rock. The encore went back to Braindrops with “Paradise,” an extended rager that you were feeling more than hearing by the end. The show ended with a thoroughly Tropical Fuck Storm’d version of the Bee Gees’ “Stayin’ Alive,” disco half-digested to the crowd’s delight, no musical influence safe from TFS’s conquering imagination. —A. Stein | @Neddyo