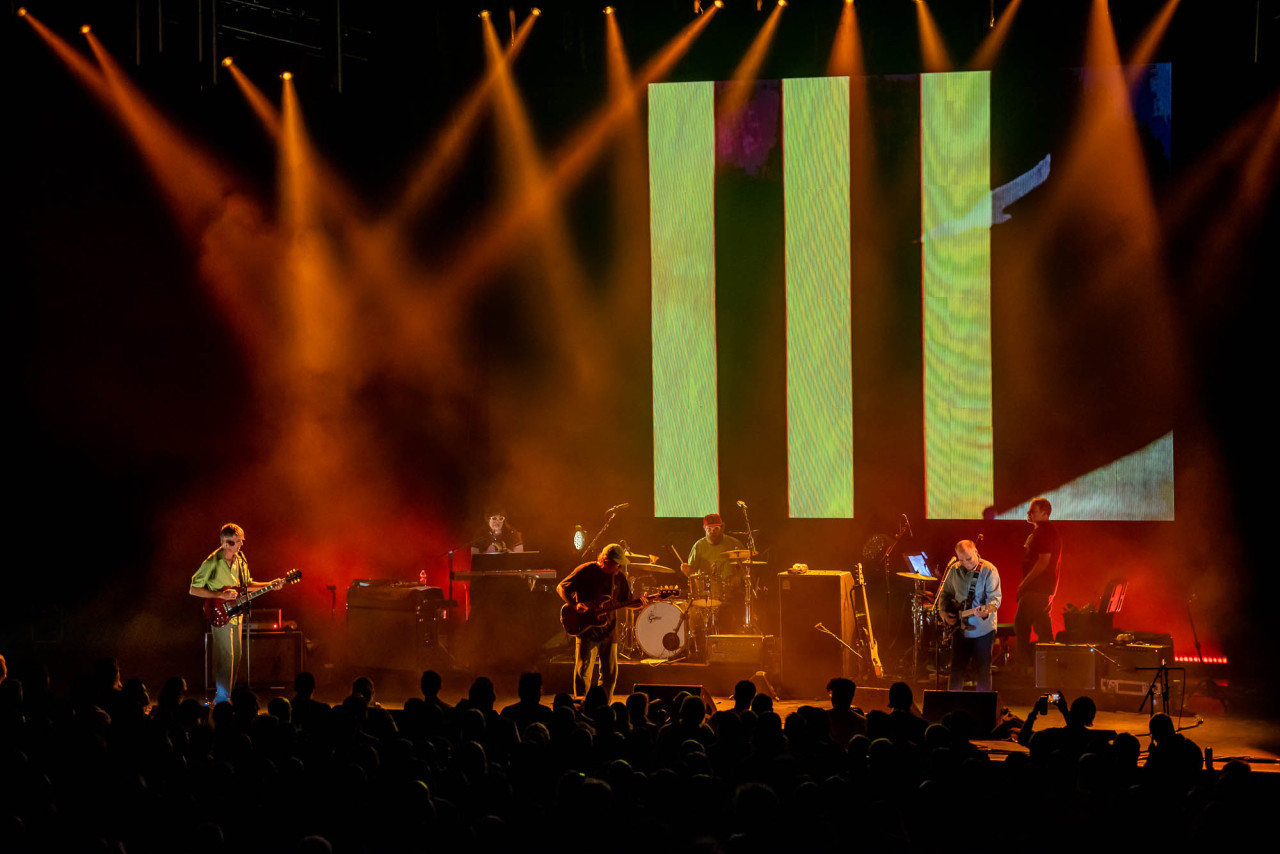 A new type of dude just dropped: Guy who religiously follows Pavement on their reunion tour (their first since 2010) like a Deadhead chasing the Grateful Dead across the country. These dudes are being minted in real time at each Pavement show, pushed further into their fandom by the fact that their set lists, as meticulously documented by Fluxblog’s Matthew Perpetua, have varied wildly. But for those in New York City, there’s no need yet to drop it all and hop on a bus, Pavement will be at Brooklyn’s Kings Theatre all weekend plus Monday. Their stint here also includes a tour of Pavements 1933-2022: A Pavement Museum, an exhibit curated by filmmaker Alex Ross Perry, featuring a look through the band’s 30-plus-year history.

On Friday night, Pavement kicked off their first of four shows with “Fin,” the gorgeous guitar tones of the slow-building song swirlingly filling the grand and ever opulent theater. It’s hard to say how heavily the set was stacked with hits vs. rarities because with Pavement’s discography at the whims of modern-day music-recommendation algorithms, this calculus is somehow still changing. “No one told us that song was good until like 2010,” said singer Stephen Malkmus, wrapping up “Harness Your Hopes,” the B side turned megahit.

Not to be lost in all this lore is the fact that modern-day Pavement seem to be having an absolute blast. “Serpentine Pad,” featured the legendary Bob Nastanovich going categorically HAM on the vocals, filling in his role as a part-time vocalist to spare Malkmus from shredding his fragile tenor. Several songs highlighted quality extended guitar jams. “Type Slowly” featured a gorgeously extended outro of roaming riffs. “Grounded,” turned full-on shoegaze, with competing snare hits and snarling guitars straddling the line between tender and noisy, the tune somehow both at a simmer and boiling over at the same time. “Folk Jam” featured, you guessed it, another extended guitar jam, with Malkmus and Scott “Spiral Stairs” Kannberg pushing the song into the overlapping region of Kraut rock, dad rock and psychedelia.

Malkmus deserves more credit for being an incredibly talented guitarist, one of the best to come out of ’90s indie rock. While known for his slacker nonchalance and laid-back lyrics, Malkmus’s guitar tones are always immaculate. “Gold Soundz” on Friday seemed to appear out of thin air from its opening riffs, felt overwhelming in its beauty and then disappeared just as quickly as it began. It’s a cruel reality that Pavement seemingly only tour every 12 years or so, like they’re a brood of cicadas. This tour has a real sense of being additive to their legacy, not living off it. They’ve arguably never sounded better as a live band. Should the world still exist and Pavement tour again in another 12 years come 2034, it’s as good a reason as any to keep on keeping on. —Dan Rickershauser | @D4nRicks