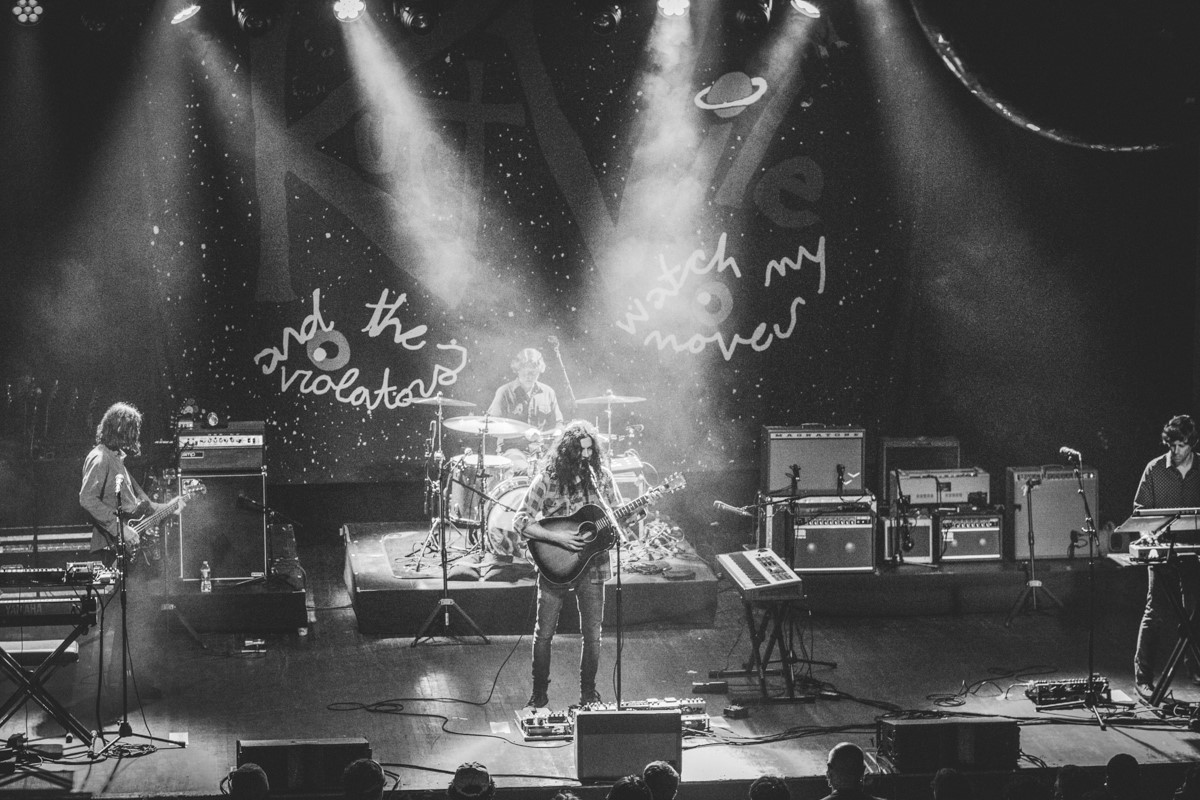 Here’s to the slow life. Manhattan was drenched by a spring storm on Wednesday for the first of Kurt Vile’s two nights at Webster Hall. After a turn from Chicago’s harmonium-jazz stalwarts National Information Society — one long song — there Vile was, with his trademark hair and ferrety demeanor, growling and barking in his ramblin’ Philadelphia accent — down is more like day-own.

And Vile has been down. He plunked out “Goin on a Plane Today,” the opening number to this year’s (Watch My Moves): “Goin on a plane today / Listening to ‘Heart of Gold’,” it goes, “Gonna open up for Neil Young / Man, life can sure be fun.” Although Vile’s trademark is his intuitive sound — “Goin on a Plane Today” sounds like it could be the first song he ever played on piano, his guitar work generally drifts somewhere between elegiac and Guitar Centerish— his music is steeped in a profound reverence for his forebears. So, the loss of John Prine, a hero of Vile’s, with whom he had collaborated just before Prine’s death, was thick in the air, as was David Berman, whose “Punks in the Beerlight” was covered (a “tribute-cover” Vile called it).

It’s one of Vile’s neat paradoxes: His writing is unmistakably his, full of deadpan asides that can and should both be read as a cocksure confidence and an aw-shucks humility at trying at folksy profundity. The drawl is at once a joke and a deep emotional truth, his curling lip both a smirk and a grimace. Vile is always floating between poles, unsatisfied at each extreme and slowly drifting to some new point on the axis. As he sings, he doesn’t want to work, but he doesn’t want to sit around. He’s on the moon, but he’s really in the grass. In whatever location he finds himself, though, he looks around and finds something to behold, even his own moves. —Adlan Jackson | @AdlanKJ

(Kurt Vile and the Violators play a pair of hometown shows at Union Transfer in Philly tomorrow and Saturday.)