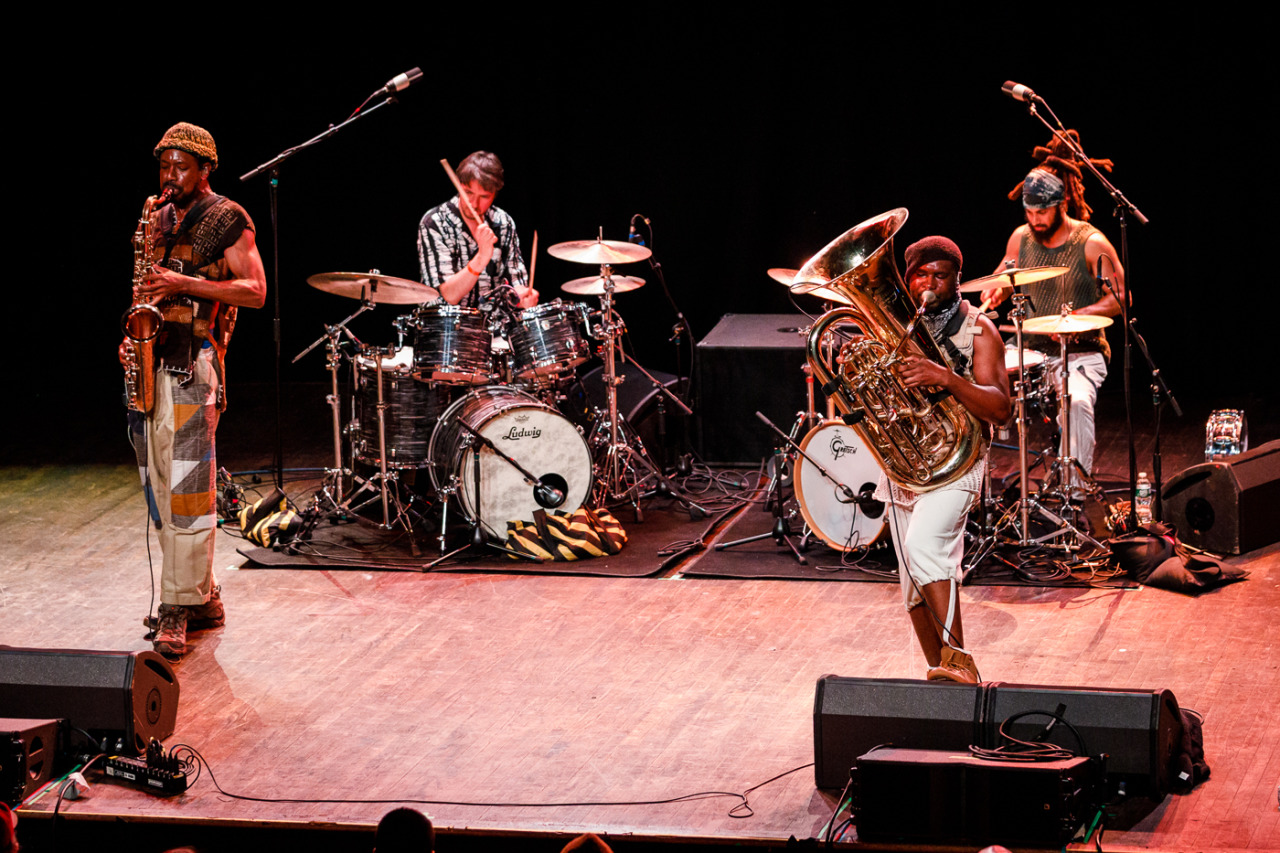 Sons of Kemet Impress at Webster Hall on Tuesday Night

Shabaka Hutchings is very concerned with time. The English saxophonist and composer is busy, after all, being the head of three successful ensembles, the Comet Is Coming, Shabaka and the Ancestors and Sons of Kemet, a project that eagerly explores the musical history not only of his parents’ native country of Barbados, but of the wider Caribbean. These are prereggae sounds that may be unfamiliar to non-Caribbean listeners—Hutchings in fact skips the legible reggae era entirely, sewing together these folk sounds with the contemporary Caribbean idioms of dancehall, rap and spoken word. Such is the construction of his immigrant songs, everything filtered through displacement. Codes are switched. Past, present, future, here, there, home and away are superimposed.

On 2021’s Black to the Future, the bombast that animated 2018’s Your Queen Is a Reptile is dialed back to melancholy, contemplation and simmering fury. On Black to the Future, Hutchings’ trademark guttural saxophone often sounds wounded, sometimes even helpless. But last night at Webster Hall, Sons of Kemet retained their power and their towering presence. They’ve consistently drawn that power by sustaining a musical smirk, a ribaldry that courses through every swaggering riff. As Hutchings plays, there’s a naked, exposed quality to the sound, which seems to burst out of the instrument through great friction, like the sound tried to dig in and scraped against every metal wall of the saxophone as it was forced out. The sound could be a bark or a war cry and you still just want to laugh, like you’ve been drawn in on some private joke, even when you’re in a packed audience at a famous music venue like Webster Hall.

The sound is organic, nearly tangible—it sweats and wheezes—when Hutchings switches to flute for an arresting interlude, the sound is cloaked in breath and moisture. And then, as suddenly as it laughed, the sound weeps. The moral universe of the night inverts and a panting crowd goes silent. The sound’s exposure becomes a vulnerability that’s nearly hard to take. But like the laughter, it gestures familiarity and draws you close. —Adlan Jackson | @AdlanKJ

(Sons of Kemet play the Sinclair in Cambridge, Mass., tomorrow.)