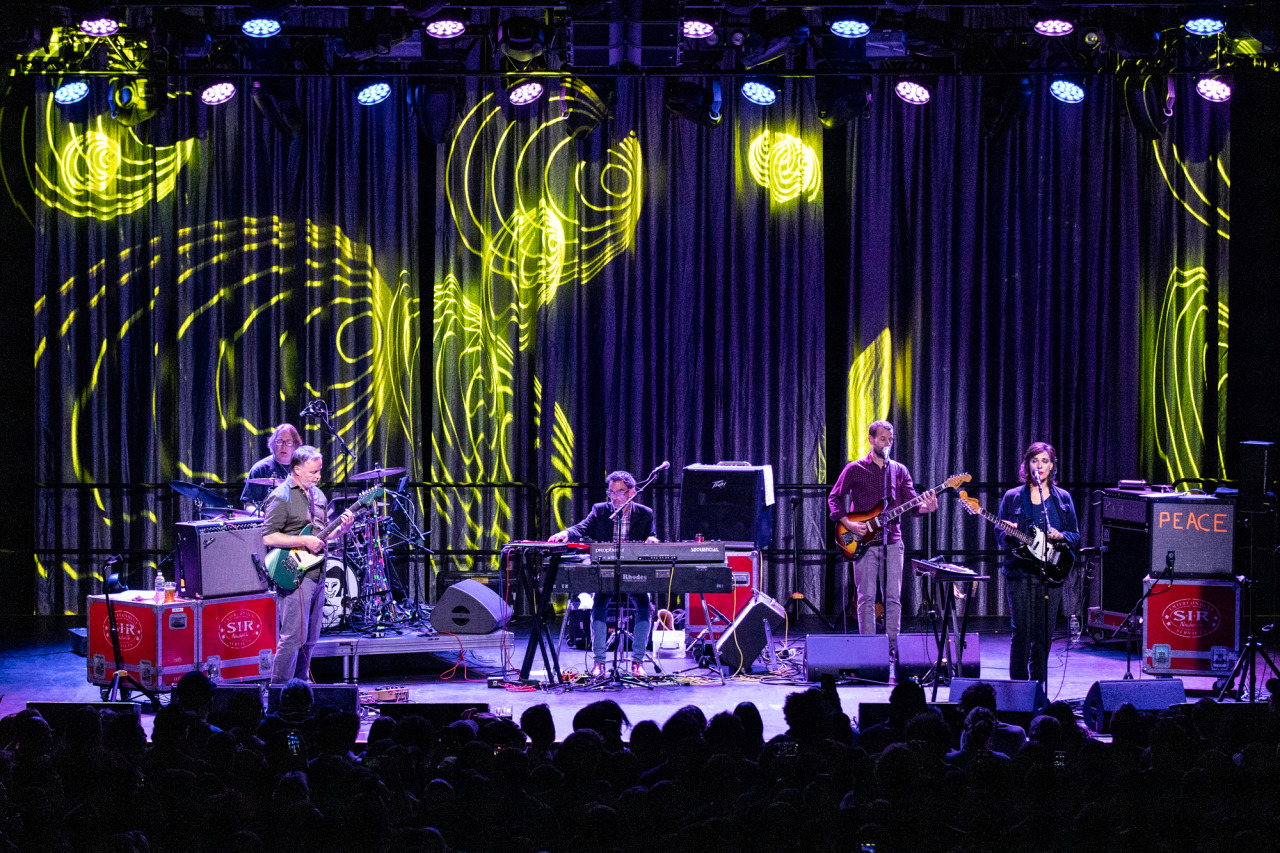 Following a 10-year hiatus, the highly influential English-French avant-pop outfit Stereolab reunited in 2019. Last month, the five-piece put out the fifth installment of their Switched On series, Pulse of the Early Brain, pleasing fans and critics alike. “As it covers a wide swath of the band’s career, it provides a few surprises for even the most avid fans,” raves AllMusic. “And whether listeners are hearing these songs for the first time or the first time in a long time, they sound equally great.” And with their North American tour winding down, Stereolab landed in New York City on Monday for the first of two nights at Brooklyn Steel (with Fievel Is Glauque opening).